Still flying around in circles between here and Quang Tri. We fly the coast in the vicinity of Hue-Phu Bai Airport. Not much happening. They are trying to set up a ground relay by using two separate relay stations but they don't have it working yet. We'll fly until they do. 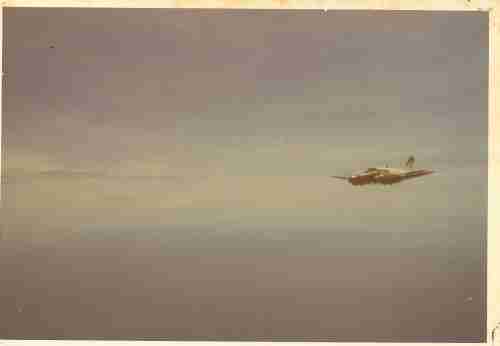 I got some good pictures of 061 in flight. They came over close to us just before they went off station this morning. That finished off a roll of color print film I had. I put some slide film in this afternoon. Took some pictures on the way to Red Beach this evening. We went there to pick up some parts for the airplanes.

Sylvester had his watch ripped off by some boy-san on the way back. I've seen that happen a couple times since I've been over here. If you're riding through some of these Vietnamese towns or slums, whatever you call them, and you stop for traffic or something the boy-sans come running from nowhere. And they take anything that isn't tied down -- like watches, camera and even sunglasses.  Sylvester didn't lose the watch. The band broke and it fell in the bottom of the truck, but he has a few claw marks on his wrist to show for it.

Got six letters and a tape today. Haven't had a chance to play the tape. I didn't bring my cassette player.